NEW features in version 201105 of SlackEX
I have replaced kernel 5.3.0-exton with kernel 5.9.1-exton so that Refracta Snapshot can be used. Using Refracta Snapshot you can change everything and create your very own Slackware system. Read more about Refracta below. Xfce 4 is used as Desktop environment.  Furthermore I have installed Grub2, which can be used as boot loader (if you want) after a hard drive install using Refracta Installer. A lot of other Slackware packages are pre-installed. Study the full package LIST. Note: I have replaced Wicd with NetworkManager. It works better.

Important about Refracta Snapshot
You can use the Refracta Snapshot (pre-installed in SlackEX Build 201105) to create your own installable Slackware 14.2 Live DVD once you have installed SlackEX to hard drive. I mean change everything and then create a whole new Slackware live system. Open up a terminal as root and start Refracta Snapshot with the command refractasnapshot. Watch this screenshot. You don’t even have to install SlackEX to hard drive before you can use the Refracta Snapshot. If you have plenty of RAM you can create a new (your own!) Slackware system while running SlackEX from a DVD or a USB stick. Please note that the whole Refracta process (creating your new ISO) will only take 10 – 30 min! You’ll find the ISO in /home/snapshots. The whole thing is very simple.

Why Slackware?
Slackware is grossly underestimated (in my opinion). This article give you ten (10) reasons to choose Slackware. 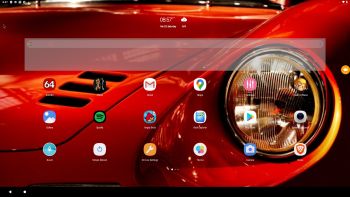 NEWS 200301 about AndEX Pie 9.0 with GAPPS
A new build of AndEX Pie is ready. It has GAPPS (Google Play Store etc), Aptoide App Manager, Clash of Clans, Angry Birds, Root Explorer, Brave Browser, Spotify and many other apps pre-installed. My new build of Android x86_64 – andex-pie-x86_64-gapps-1360mb-200301.iso can be installed to hard drive or on a USB stick. You can also run the system live. I.e. from a DVD or a USB stick. On some computers you’ll have to start up AndEX Pie in compatibility mode (VESA) though. The sound and video performance is generally very very good. Google Play Store works very well in this build of AndEX Pie. I’ve also included one extra app store – Aptoide App Manager. Use Aptoide if you can’t find the app you’re looking for using Google Play Store. The very nice launcher 3D Live Launcher is used also in this AndEX version. Make it your standard Launcher.

Why this new AndEX Pie Build?
My first AndEX Pie build is from September 12, 2019. It is still very good and valid. Mainly because the Netflix app can run in Build 190912. My new Build 200301 is rooted, which prevents Netflix from running. The Android Project released Android-x86 9.0-r1 200227 – The Android-x86 project is glad to announce the 9.0-r1 release to the public. This is the first stable release for Android-x86 9.0 (pie-x86). The 9.0-r1 release is based on the latest Android 9.0.0 Pie release (android-9.0.0_r53). The features include: support both 64-bit and 32-bit kernel and userspace with latest LTS kernel 4.19.105; support OpenGL ES 3.x hardware acceleration for Intel, AMD, NVIDIA and QEMU (virgl) by Mesa 19.3.4; support OpenGL ES 2.0 via SwiftShader for software rendering on unsupported GPU devices; support hardware accelerated codecs on devices with Intel HD and G45 graphics family; support secure booting from UEFI and installing to UEFI disk; a text-based GUI installer; add theme support to GRUB-EFI; support multi-touch, audio, WiFi, Bluetooth, sensors, camera and Ethernet (DHCP only); simulate WiFi adapter on devices with Ethernet only to increase app compatibility; auto-mount external USB drive and SD card. I tried Android Project’s ISO the same day (200227). To my surprise it didn’t run well (at least on my computers). The system wouldn’t run/start at all or the computer/system froze or crashed when I reached the Android Pie Desktop. I therefore decided to build my own new Android Pie system using the same sources as the Android Project. The result is AndEX Pie Build 200301. It works very well. I.e. no freezes or crashes. Note: The Android Project’s build from 200227 is also rooted. So even if you manage to start the system you can’t run the Netflix app.

About Facebook
The Facebook app works very well in AndEX Pie. Just go get it via Google Play Store.

What’s the point?
Well, if you like your Android phone and all the apps you have installed on it I’m sure you will also like to run apps from your laptop. Bigger screen and better sound etc. Also: In AndEX Pie Build 200301 and 190912 many new apps and games can be installed via Google Play Store, Aurora Store or F-Droid. You can even install very big games (of 1GB or so), but unfortunately almost all such games need a touchscreen. Still not convinced? Then read my article about “How useful an Androx-x86 system can be for the average computer user“.

SCREENSHOTS
1. The AndEX Pie Desktop with 3D Live Launcher (pre-installed)
2. The standard AndEX Pie Desktop with 3D Live Launcher’s wallpaper. (You can of course change it)
3. Showing how to make a WiFi connection in VirtualBox
4. Using another launcher
5. Using yet another launcher. (Find the one you like on Google Play Store) 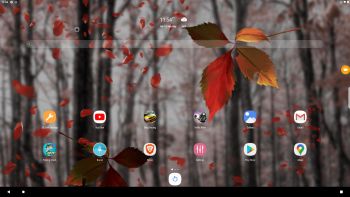 NEWS 200218 – A new version of AndEX 10
I’ve uploaded a new upgraded version of AndEX 10 – andex-10-x86_64-gapps-fdroid-spotify-1180mb-200218.iso. I.e. all included apps have been updated to the latest version. Also Google Play Services and Google Play Store. The main reason for this new version is that I discovered that Google Chrome couldn’t run anymore. I have therefore replaced Google Chrome with Brave, which is an excellent Web Browser in many ways. At the same time I discovered a new very nice launcher – 3D Live Launcher. So it is of course included in AndEX Build 200218. Make it your standard Launcher. I’ve also added the app Google Play Games. Makes it easier to run games in AndEX.

Upgrade from version 200108 to 200218?
If you already have AndEX version 200108 up and running there is no need to acquire the new version. Just upgrade all apps to the latest version of today and you’re done! Use Google Play Store for that. You can of course also install Brave, the 3D Live Launcher and Google Play Games yourself.