ABOUT my MX Linux Remix 220524
MX Linux (based on Debian) is by far the most popular Linux system in the world according to DistroWatch.com. I tested MX Linux a few months ago and noticed immediately that one can change the MX system and create a new ISO with MX Snapshot. My first MX Linux Remix is from 191018.

My changes of the original MX Linux 21 system
1. All packages have been upgraded to the latest version as of 220524. Study the full package LIST.
2. The original kernel 5.10 is replaced by “my” kernel 5.17.7-amd64-exton.
3. I’ve added the LXQt Desktop. It’s in version 1.1.0 released on November 6, 2021. Version 1.1.0 is still not included in Debian’s repositories so I had to install LXQt 1.1.0 from source. (Took me a few hours). NOTE: I have (of course) also kept the original Xfce 4.16 Desktop.
4. You can run my MX Linux remix in full screen in VirtualBox, since VirtualBox Guest Additions are installed. Watch this screenshot.
5. Some cosmetic changes. I.e. new nice wallpapers.

Installation to a USB stick
Please note that you can only use Rufus 3.18 in Windows for USB installations. If you use other software the stick won’t be made bootable. Note also that you must write in DD image mode. One exception: You can without problems use Ventoy (instead of Rufus).

Performance
Everything in my remix works very well. MX Linux works on new and old computers. I can mention that I could run (and install) my MX remix without problems on my 17 year old laptop Acer Aspire 5102WLMi. You can of course make your own MX Linux Remix with my remix as “groundwork”. The whole process will only take about 5 minutes! Also in VirtualBox.

Watch a YouTube Video about my MX Linux Remix… 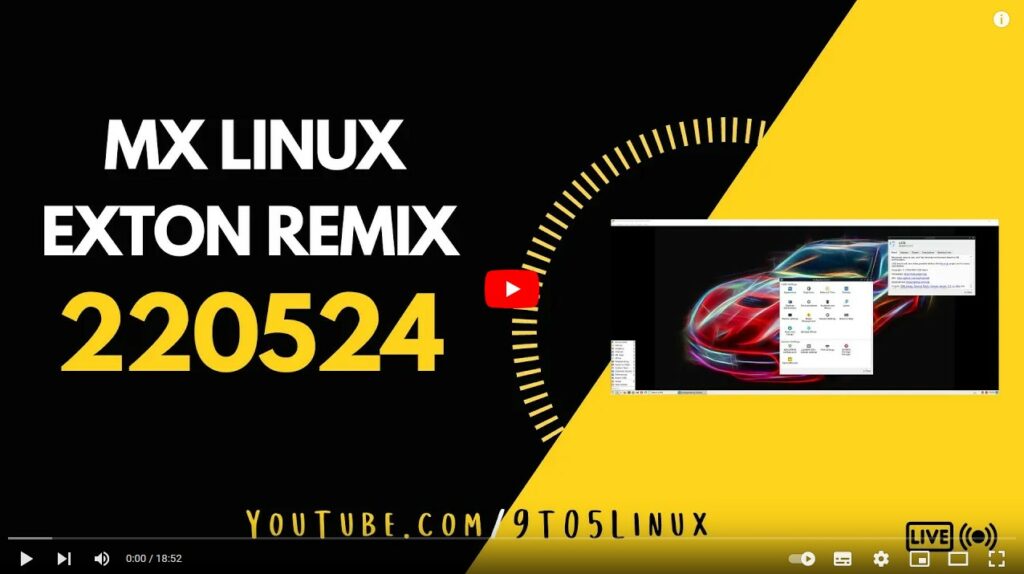 DOWNLOAD
The ISO can be downloaded from the Swedish Linux Society.

Slackware is the first widely-used Linux system, which is still developing. Slackware has existed since 1993. In comparison with for example Ubuntu and Linux Mint, many people believe that Slackware is “difficult”. Any novice can quickly learn to use Ubuntu they say. My remaster of Slackware Current (15.0), which I call SlackEX 15.0 Current 64 bit Linux Live DVD, is however just as easy to use as Ubuntu and/or Linux Mint. Some tend to complain that the Program Management in Slackware is awkward. That was perhaps earlier the case, but not anymore.

NEWS ABOUT SlackEX BUILD 220518 with the Xfce4 DESKTOP
A new version of SlackEX is ready. It is based on Slackware 15.0 STABLE released 220202 with Xfce4 as DE. The most important package installed is Refracta Snapshot. With that you can build your own Slackware 15.0 distribution. Xfce4 is one of Slackware’s official Desktop environments. The other one is KDE. Kernel 5.17.7-amd64-exton is used in this SlackEX Build. To be able to use Refracta Snapshot you’ll have to use said kernel. Otherwise you can (of course) replace “my” kernel with Slackware’s original kernel. Study the full package LIST.

Update/Upgrade from RC2 or RC3
As regards my other two SlackEX Builds you can easily upgrade the systems to Slackware 15.0 stable. Just run the command sudo slackpkg update followed by sudo slackpkg upgrade-all.

NEWS 220505 about Raspberry Pi Debian 11 Pixel – 32bit – an Exton Build
My previous Debian Pixel Build from is from 201108 . Study all included packages in Build 220505 – latest by 220505. I’ve added NetworkManager and also Wicd, which makes it easier to configure wireless connections. Choose the one which works for you.

NOTE
This Debian PIXEL 32bit build is for non-efi computers.

UNIQUE?
As far as I know there is no official Raspberry Pi OS (Raspbian) image with Debian 11.

VirtualBox and VMware
My build/image works very well in VirtualBox and VMware. I.e. you can run the system directly from the ISO file and also install it to a virtual hard drive. You can of course also make your own Raspbian/Debian system with the the PIXEL Desktop using Refracta Snapshot (pre-installed). NOTE: As regards Build 220505 you can run the system in full screen in VirtualBox. That’s because VirtualBox’s Guest Additions are pre-installed. Watch this screenshot. 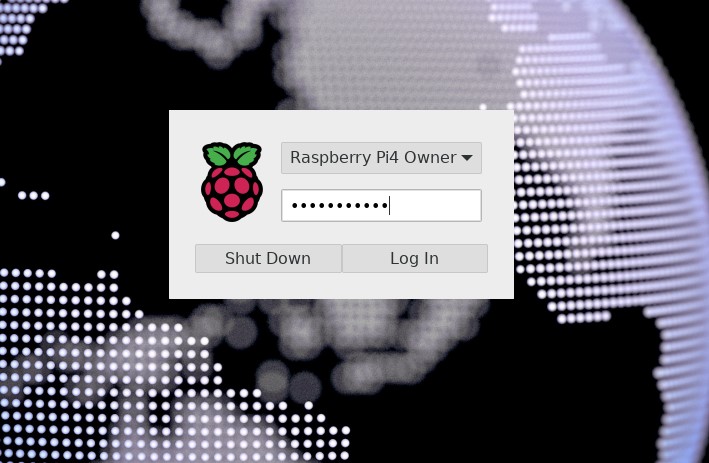 Windows Virtual Desktop on Azure
For smoother Raspberry PI performance a virtual PC such as azure windows virtual desktop which can be the best option due to its high end functionality and 24*7 top-notch support from a reliable desktop as a service provider.

Runs from RAM
Another great thing is that this build can run from RAM. Use Boot alternative 2 (load to RAM). When the system has booted up you can remove the disc (DVD) or the USB stick. You’ll need at least 4 GB RAM to run the system that way. I.e. super fast! 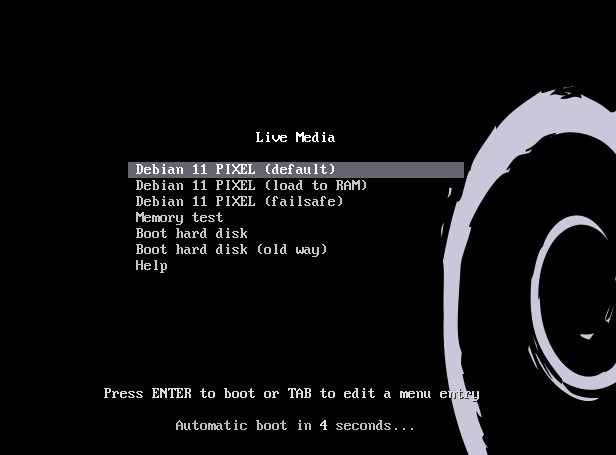 Important about Refracta
You can use the Refracta Snapshot (pre-installed) to create your own installable Raspberry Pi Debian 11 PIXEL system once you have installed my build to hard drive. I mean change everything and then create a whole new Debian live system. Start Refracta from Menu >> System tools >> Refracta snapshot. You don’t even have to install my build to hard drive before you can use the Refracta Snapshot. If you have plenty of RAM you can create a new (your own!) Debian PIXEL system while running my build from DVD or a USB stick. Please note that the whole Refracta process (creating your new ISO file) will only take 20 – 60 min! Please edit the configuration file /etc/refractasnapshot.conf first. Change line 45 and 46. I.e. decide where you want the ISO file to be build. The whole thing is very simple. NOTE: You can also do everything in VirtualBox or VMware. Use FileZilla (pre-installed) to transfer your new ISO file to your server. Or use Samba to transfer the ISO file to one of your Windows computers in your home Network – screenshot. NOTE: Do it while logged in as root. 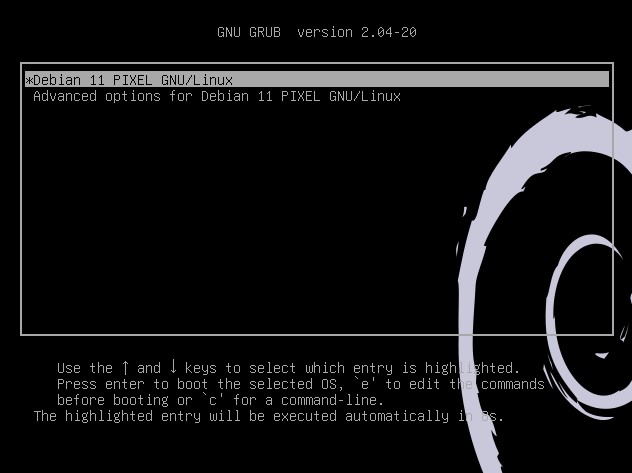 Install Debian PIXEL to a USB stick
You can use Rufus in Windows. Persistence can’t be enabled though. The best way to do it is to burn Debian PIXEL to a DVD, start up the system from the DVD and then use Refracta Installer for the installation. Choose to install Grub in MBR on /dev/sdb. (Normally your USB stick, but check it carefully!) I.e. you will get a chance to choose between /dev/sda and /dev/sdb. This method will (of course) give you perfect persistence.

Windows Virtual Desktop on Azure
For smoother RaspberryPI performance a virtual PC such as azure windows virtual desktop which can be the best option due to its high end functionality and 24*7 top-notch support from a reliable desktop as a service provider.

The ISO file can also be downloaded from the Swedish Linux Society.
md5sum for debian-11-pixel-32bit-pae-exton-build-2030mb-220505.iso
Raspberry Pi is a trademark of Raspberry Pi Foundation

NEWS 220501 ABOUT ExTiX LXQt Mini 22.5, Build 220501
I’ve made a new updated “mini” version of ExTiX – The Ultimate Linux System. It is based on Ubuntu 22.04 LTS Jammy Jellyfish. The ISO file is of only 1340 MB, which is good if you want to run the system super fast from RAM. It should be enough with 2GB RAM. When the boot process is ready you can eject the DVD or USB stick. Use Boot alternative 2. The best thing with ExTiX 22.5 is that while running the system live (from DVD/USB) or from hard drive you can use Refracta Snapshot (pre-installed) to create your own live installable Ubuntu 22.04 system. So easy that a ten year child can do it! ExTiX 22.5 uses kernel 5.17.2-amd64-exton. Ubuntu 22.04 LTS will be supported until April 2027.

Study all pre-installed packages in ExTiX 22.5.

More about ExTiX 22.5
This ExTiX version uses LXQt as Desktop environment. LXQt is the Qt port and the upcoming version of LXDE, the Lightweight Desktop Environment. It is the product of the merge between the LXDE-Qt and the Razor-qt projects: A lightweight, modular, blazing-fast and user-friendly desktop environment. NOTE: This ExTiX LXQt Build is for older UEFI-enabled computers and VirtualBox/VMware. When running ExTiX 22.5 in VirtualBox you can do it in full screen since VirtualBox Guest Additions are pre-installed. Watch this screenshot.