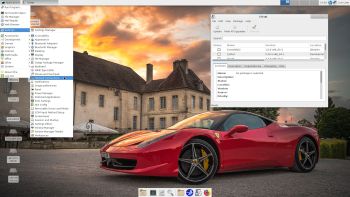 New features in version 191007 of SlackEX
I have replaced kernel 4.14.8-x86_64-efi-exton with kernel 5.3.0-exton so that Refracta Snapshot can be used. Using Refracta Snapshot you can change everything and create your very own live installable Slackware system. Read more about Refracta below. Xfce 4 is used as Desktop environment.  Furthermore I have installed Grub2, which can be used as boot loader (if you want) after a hard drive install using Refracta Installer. A lot of other Slackware packages are pre-installed. Study the full package LIST. Note: I have replaced Wicd with NetworkManager. It works better.

Watch Refracta Snapshot in action below.

Why Slackware?
Slackware is grossly underestimated (in my opinion). This article give you ten (10) reasons to choose Slackware.