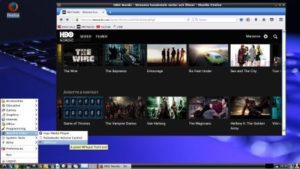 NEWS ABOUT LFA Build 170827
1. This is a very BIG system (2430MB). All packages the ordinary Linux user can wish for are pre-installed. Study the full packages list.
2. Kernel 4.12.0-12-exton (corresponding Kernel.org’s second latest stable kernel 4.12.8) is used. You can download “my” kernel and install it in another Ubuntu/Debian system (if you want).
3. I have installed Nvidia’s latest proprietary graphics driver 384.69.
4. The Desktop environment is LXDE – Designed to be user friendly and slim, while keeping the resource usage low.
5. The main Web Browser is Google Chrome. So you can watch Netflix!
6. I have installed Wine just to be able to install Firefox for Windows (which I have done). The Windows version is needed if you want to watch HBO Movies/HBO Nordic. The Pepper Flash plugin just doesn’t work anymore in Ubuntu. With Wine installed you can install many other Windows programs using PlayOnLinux. (Also pre-installed by me).
7. I have included Refracta tools (Refracta Snapshot) to make it possible for you to create your own installable Ubuntu (16.04.3/16.10/17.04/17.10) Live DVD once you have installed LFA to hard drive. This is done in the easiest possible way!