This version (171102) is my fifth build of RaspArch
The first version is from 150414. The second is from 151107. The third is from 160312 specially made for the new Raspberry Pi 3. The fourth version is from 161205. This version (171102) and version 161205 of RaspArch can of course also run on the “old” Raspberry Pi 2. RaspArch is a “remaster” of Arch Linux ARM. The original compressed system is of 231 MB. After I have added the LXDE Desktop environment, PulseAudio, Firefox, Yaourt and Gimp the system increased a lot. RaspArch is a “ready-to-go” ARM system. It must be installed on a Raspberry Pi 3 model B or Pi 2 computer. 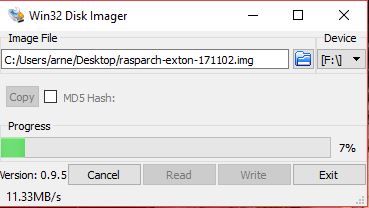 Study all installed packages in RaspArch…