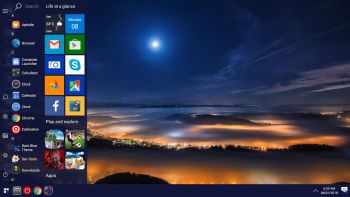 How-to dual-boot, triple-boot or multi-boot Linux with Windows in a simple way and be happy…

Configuring Grub2 – Example for non-UEFI BIOS computers
One of my computers, an Acer Aspire 5750G from 2010, has a 750 GB hard drive and an external USB hard drive of 1000 GB. On that computer I have Windows 10 and twelve (12) different Linux systems installed. Of those twelve systems three are Android-x86 systems (AndEX Nougat and AndEX Marshmallow). Below I will describe step by step how I configured Grub2 in the easiest way possible.

1. The computer was delivered with Windows 7 (now updated to Windows 10) preinstalled on /dev/sda2 and /dev/sda3. I immediately started up my computer from a Linux Mint Live DVD. Using GParted, I created seven new partitions on the internal hard drive and three on the external USB hard drive. After that I installed Mint on /dev/sda7 and Grub2 in MBR at the same time as the installer also suggested. Then I restarted my computer and checked that Mint (and Windows) could be started. Everything worked (as expected) fine. See the screenshots below showing how my partitioning looks like now. 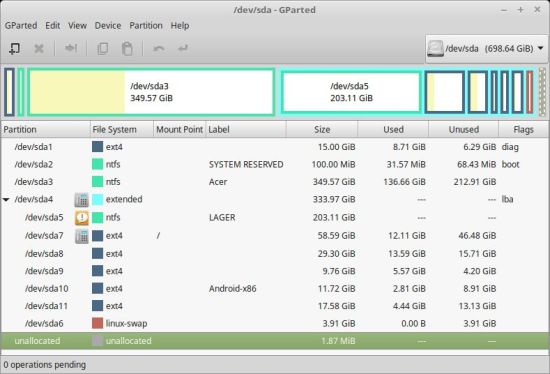 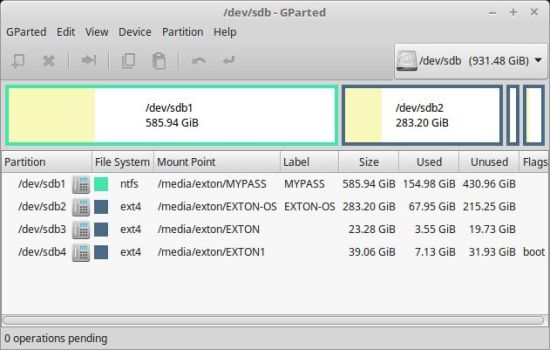 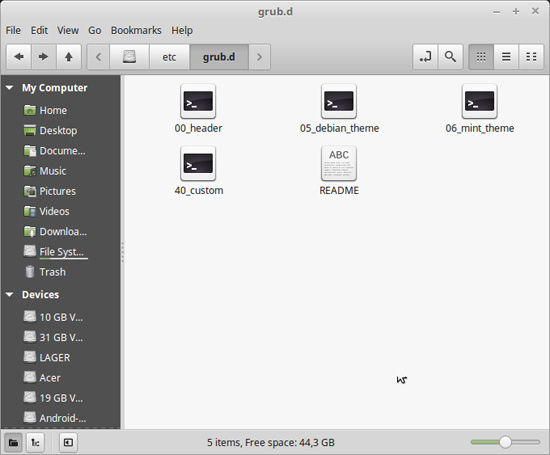 B) I edited the /etc/grub.d/40_custom file to look like this. Note that this is how my 40_custom file looks like now when I have installed totally twelve Linux systems. The start data for Arch Linux (see above) was already fixed by looking at the /mnt/sda8/boot/grub/grub.cfg file. I could do it in a similar way when I installed the other eleven Linux systems.

C) Finally, I ran the update-grub command. Then the /boot/grub/grub.cfg file (which is the file Grub2 “takes into account” at boot) was created/changed. This file (grub.cfg) should never be edited manually. Instead, edit the file 40_custom, as I showed above. Always use Leafpad or Mousepad (or a similar simple editor) when editing 40_custom. Never LibreOffice Writer or Word or the like of them. Study my present grub.cfg file. When I now start up my Acer Aspire the boot screen look like this. 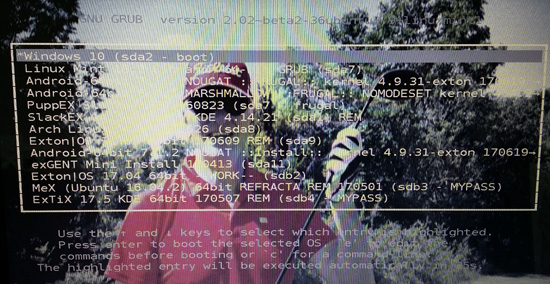 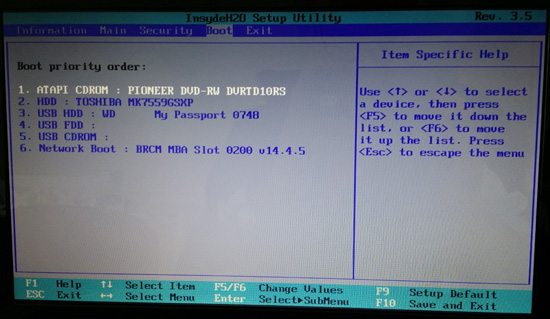 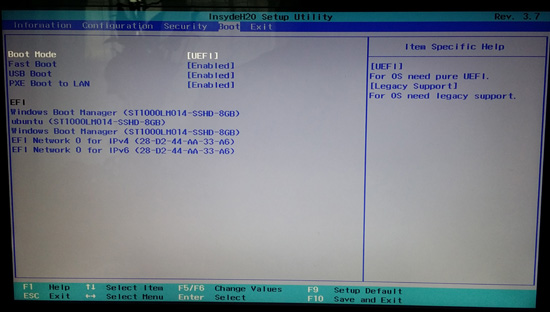 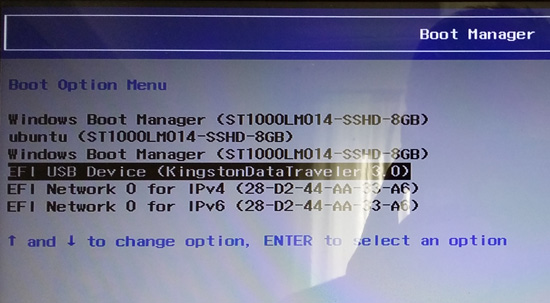 So I started up Ubuntu 17.04 from the USB stick and installed it on a partition I had created in advance using GParted. Since my Lenovo already had a ESP (EFI System Partition) I installed Grub2 onto that partition. When I now start up my Lenovo the boot screen looks like this. (You can of course install many more Linux systems if you like. Just edit /etc/grub.d/40_custom the way I describe above). 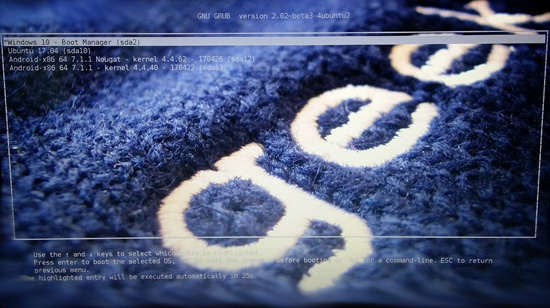 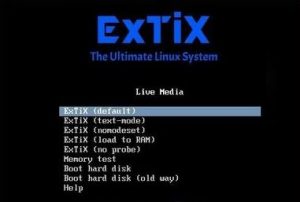