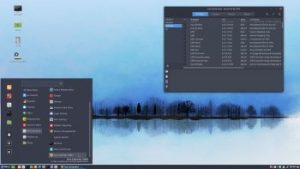 Description
Exton|Defender SRS is a Linux system available as a Live DVD (based on Fedora 26, 64bit – version 170909) for administrating or repairing your system and data after a crash. Exton|Defender aims to provide an easy way to carry out admin tasks on your computer, such as creating and editing the hard disk partitions. It comes with a lot of Linux software such as system tools and basic tools (editors, Midnight Commander, network tools). Exton|Defender can, however, also be used as a normal Linux Desktop System. It requires no hard drive installation, but can easily be installed to hard drive if you want. Desktop environment: Cinnamon 3.4.6.

About Fedora
Please read this overview.

Feedback
Fedora 26 is at least as “good” as Ubuntu 17.04/Linux Mint 18.2 and/or OpenSUSE 42.2. (In my opinion). Tell me what you think of Exton|Defender SRS in combination with the Cinnamon Desktop. Did you find the included Rescue System Tools useful?