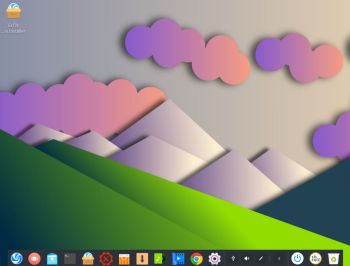 NEWS 190419 ABOUT ExTiX Deepin
I’ve released a new version of ExTiX Deepin today (190419). This ExTiX Build is based on Deepin 15.9.3 (not yet officially released by Deepin Technology).
NEW FUNCTIONS etc:
1. The ISO has decreased from 1860 MB to 1560 MB, which makes it easier to run ExTiX from RAM. Use boot alternative 3 (load to RAM) or Advanced.  A wonderful way to run Linux if you have enough RAM. Everything will be super fast. When ExTiX has booted up you can remove the DVD or USB stick.
2. You will have the opportunity to choose language before you enter the Deepin 15.9.3 Desktop. All main languages are supported.
3. I have replaced Deepin Installer with the Reborn version of Deepin Installer. Better in every way.
4. I have replaced kernel 5.0.7 with kernel 5.0.8 (5.0.8-extix), which was released 190417.

Refracta Snapshot
While running ExTiX Deepin 19.4 live or from hard drive you can use Refracta Snapshot (pre-installed) to create your own live installable Deepin/Debian system. A ten year child can do it!

Deepin Screen Recorder
In ExTiX Deepin you can record everything you do. Watch this small video.

Read about my Android-x86 Systems – Pie, Oreo, Nougat, Marshmallow, Lollipop and KitKat at
andex.exton.net – latest is AndEX Pie 9.0 (without GAPPS) and AndEX Oreo 8.1 (with GAPPS)!
and
about my Pie, Oreo, Nougat, Marshmallow and Lollipop versions for Raspberry Pi 3/2 at
raspex.exton.se – latest is RaspAnd Pie 9.0 (without GAPPS) and RaspAnd Oreo 8.1 (with GAPPS)!