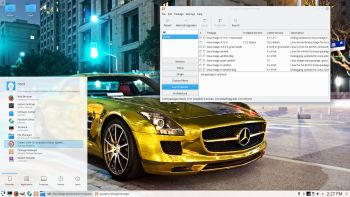 ABOUT DebEX
All three DebEX systems/distributions are a based on Debian Buster/Sid (upcoming Debian 10). Budgie Desktop 10.4 is used as Desktop environment in DebEX Barebone/Budgie. Gnome 3.26 and Mate 1.18 are used in DebEX Gnome. KDE Plasma Desktop 5:42 is used in DebEX KDE. The system language is English (in all three versions of DebEX).

NEWS 180221 about DebEX KDE Plasma – a Refracta Build
I have made a new version of DebEX KDE Plasma Live DVD. It replaces version 171203. It’s a pure Debian system. (Unstable/Experimental). I.e.: There are no Ubuntu or Kubuntu elements involved. DebEX KDE Plasma uses the KDE Plasma Desktop 5:42 as Desktop environment. It uses kernel 4.15.4-debex – (4.15.4). I have replaced Wicd with NetworkManager. It works better. I have replaced Google Chrome with Iceweasel 52.6 (for Netflix). I’ve also added SMPlayer – an alternative to Vlc. (SMPlayer is a free media player for Windows and Linux with built-in codecs that can play virtually all video and audio formats. It doesn’t need any external codecs. Just install SMPlayer and you’ll be able to play all formats without the hassle to find and install codec packs). All other installed packages have also been updated to the latest version of 180221. Study the full package list. MOST IMPORTANT CHANGE: I have replaced Refracta Installer with Calamares 3.1.12 Installer Framework. Now you can choose language when the installation starts. When it’s ready everything will be in your chosen language!  Read this INSTRUCTION. Log in to KDE Plasma as user with password live or as root with password root.