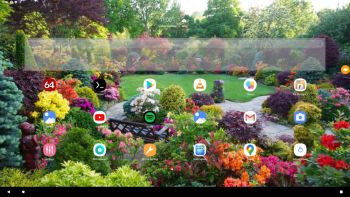 NEWS 200604 – A new version of AndEX 10 is ready!
I’ve uploaded a new upgraded version of AndEX 10 – andex-10-x86_64-gapps-BIG-1080mb-200604.iso. All included apps have been updated to the latest version. Also Google Play Services and Google Play Store. The ISO file is of only 1080 MB! Makes it easier to run AndEX on computers with low RAM. I have replaced the Brave Browser with Mint Browser, which also is an excellent Web Browser in many ways. The very nice launcher 3D Live Launcher is used also in this AndEX version. Make it your standard Launcher. Version 200604 of AndEX 10 is a totally new build with a new kernel – 4.19.122-exton-android-x86_64. I’ve noticed that the WiFi connection works better with this new kernel. I.e. the connection is more stable. This build works very well also in VirtualBox and VMware. You can even use the very nice launcher 3D Live Launcher and also change wallpapers to your liking – screenshot.

Fourth Build of AndEX 10
This is my fourth build of AndEX 10. When downloading Build 200604 you will also get the other three previous versions. They are all somewhat special.

MORE ABOUT AndEX 10 Build 200604
My new compiled Android-x86_64 system (10) can run and be installed on almost all newer laptops (and some Desktop computers). For example Acer (Aspire), HP, Samsung, Dell, Toshiba, Lenovo, Thinkpad, Fujitsu, Panasonic and Asus laptops. You can also run AndEX 10 in VirtualBox and/or VMware. I can also mention that I could run my new 10 version on a HP Pavilion 500-317no Desktop Computer and on a Lenovo ThinkStation C30. You can very easy do a “normal” or manual installation to hard drive. A manual installation can also be done to a drive where you already have another Linux system (for example Ubuntu 20.04) installed.