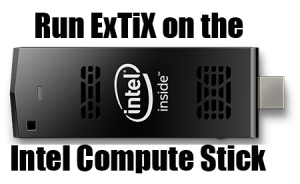 Kernel patches isn’t needed anymore, which means that any Linux system can be installed to the stick. For example ExTiX LXQt 21.11.

Kernel 5.15.5 LTS
If you already have a Ubuntu/Debian system installed on your stick you can download and install “my” kernel 5.15.5-exton-amd64-rt21.

About Kodi 19.3
Kodi runs very well on the stick. On a web site called FireStickTricks you can find instructions how to install 27 (?!) extra Kodi Builds with their own repositories and skins. The article is called Best Kodi Builds December 2021. I have tried four of them myself. Titanium Build, No Limits Magic, Diggz Xenon and Innovation. They are very easy to install and work very well. Perhaps you’ll find your own favorite!