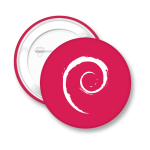 NEWS 150830 about DebEX KDE
I have made a new version of DebEX KDE Live DVD. It replaces version 150219. It’s a pure Debian 8.1 system. I.e.: There are no Ubuntu or Kubuntu elements involved. DebEX KDE uses KDE 4.14.3 and KDE Plasma Desktop 5:84 as Desktop environment and kernel 4.1.0-3-exton. I have installed Nvidia’s proprietary graphic driver 352.41. Furthermore Google Chrome to make it possible to watch Netflix movies. I’ve added SMPlayer – an alternative to Vlc. (SMPlayer is a free media player for Windows and Linux with built-in codecs that can play virtually all video and audio formats. It doesn’t need any external codecs. Just install SMPlayer and you’ll be able to play all formats without the hassle to find and install codec packs). All other installed packages have also been updated to the latest version of 150830. Study the full package list.

Rolling distribution
Debian Jessie/DebEX are rolling distributions, which implies that once you have installed the system on the hard drive there is no need for re-installations (which otherwise is common in the Linux world). This means, for example, that you can go on and install Gnome 3.14 or/and KDE 4.14.3 in DebEX Barebone/KDE. I.e. the latest versions (as of 150830) of Gnome and KDE.

The system language is English (in all three versions of DebEX).