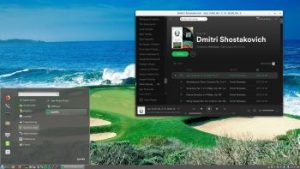 MORE MeX NEWS 180426
1. The MeX ISO is now a ISO-hybrid, which means that it can very easily be transferred (copied) to a USB pen drive.
2. Another big improvement is that MeX now can run from RAM. Use Boot alternative 4 (load to RAM). When the system has booted up you can eject the disc (DVD)/USB stick. You’ll need at least 2 GB RAM to run MeX that way. The ISO file is of only 990 MB so MeX will run superfast from RAM!
3. I have replaced Google Chrome with Firefox. Google Chrome is no longer needed to be able to run Netflix in Linux.
4. The best thing with this new MeX build – Create your own installable Ubuntu 18.04 LTS Live DVD with Refracta tools (pre-installed)! The whole “remasterprocess” is so simple that a 10 year old child can do it.

Important about Refracta
You can use the Refracta tools (pre-installed in MeX Build 180426) to create your own installable Ubuntu Live DVD once you have installed MeX to hard drive. I mean change everything and then create a whole new Ubuntu 18.04 live system.

USB installations
When running MeX live (from a USB stick or DVD) you can install MeX to a USB stick using the regular installation program Refracta Installer. Then (of course) all your system changes will be permanent. Watch this slideshow.